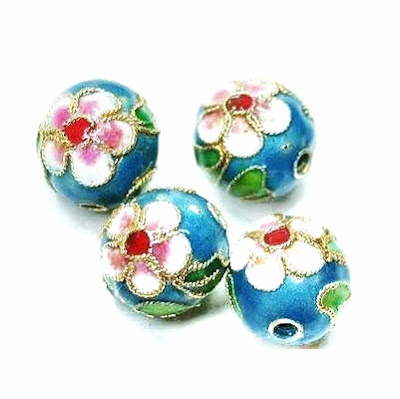 Cloisonné, which taken from French word cloison; meaning to separate, is an ancient technique for decorating metalwork object with colored material held in place or separated by thin metal strips or wire, normally in gold color.

The thin metal wire will first be shaped to follow the outline of the drawing to create separations on the surface work area, which then later will be filled with crushed semi precious stones, or enamel, before being kiln-fired for several times to create the evenly colored and decorated artworks.

Cloisonné technique is still being used largely these days, not only for metal works and done with enamel, but also for other kind of artworks using resin, acrylic colors, and many more.

Cloisonné beads are one of my favorite items on jewelry, it somehow brings memories of my childhood. My mom and the elderly would have some jewelries made of these Cloisonné beads during special occasion. I also love the history of it, the amount of patience and hardwork given to create the details, and the certain feeling of texture that it carries with it.

Though the technique itself was originated in the Middle East, it actually became really popular in Asia, with China during Ming dynasty, and Japan around 16th century, developed and refined the techniques to create a finer products. That's why many people feel that Cloisonné beads resemble Asian cultures a lot.

On my latest collection, I will use some Cloisonné beads as interesting accents to be combined with modern and rebellious designs. I'm aiming to create artworks that communicate between cross cultures, the history, and beyond time.

Isn't it empowering to wear things that have history of creation, cultural meaning, and personal memories that are close to your soul, which represent your personal values as a unique individual and human being, rather than just decorating your outer surface? 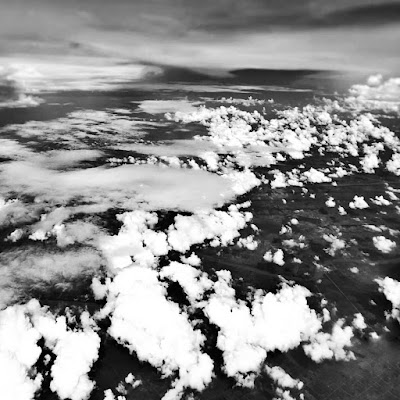